Château through the Ages

The hilltop Château de la Rametière, with its picturesque gardens and long-established orchards, is a celebrated historic mansion in the town of Plomb, France. The land including and surrounding the chateau have been used since the Middle Ages by the French lords of la Champagne for its idyllic fields and lush farmland.

The original farmhouse, built in 1750, now houses the chateau’s informal salon and honor bar. In homage to its longstanding past, the original rustic fireplace and iconic stonework have been preserved and are still visible today.

In 1880, the farmhouse and estate were purchased by the L’Homer family, and transformed into the distinguished house found today. Adding to the prestigious names of the chateau, Charlotte L'Homer married Lucien Dior, cousin of the renowned designer Christian Dior, and the director of the Dior factories in the nearby seaside town of Granville. 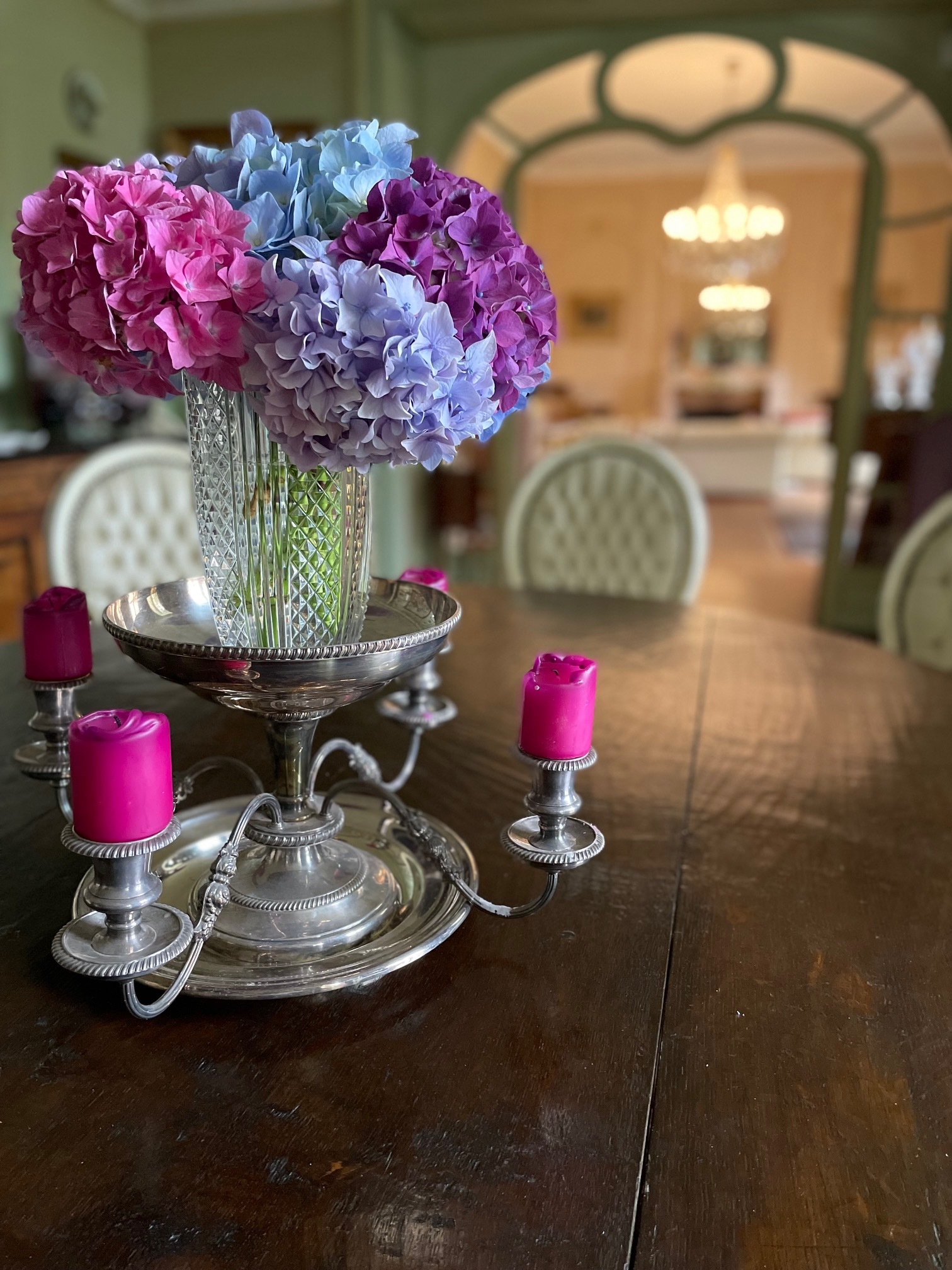 The estate was then purchased by the Pavie family, industrialists and Parisian lawyers, in the early 1900’s. During this time, the chateau and its décor, as seen today in the dining room and grand salon, were designed to celebrate the wealth and opulence of the Belle Epoque.

Pierre Sellier, stockbroker on the Paris stock exchange and Geneviève Sellier-Deville, granddaughter of industrialist Alfred Corneau and niece of Yvonne de Gaulle, purchased the chateau in the 1930s. With a love of gardening and agriculture, the family began development of the sprawling gardens signature to the grounds.

With growing concerns of German expansion, the family left the region for refuge in the north. During that time, the remaining chateau staff witnessed the occupation and devastation of the region by German forces. The city of Avranches was quickly converted into a stronghold, and due to the strategic location and vantage point of the chateau, German soldiers installed themselves on the estate, further restricting rations and freedom of the people of Plomb.

On the 6th of June, 1944, Operation Overlord, the largest amphibious invasion in the history of warfare, brought Allied forces to the beaches of Normandy. The path to victory, marked today by the Liberty Road, led them to the city of Avranches and its surrounding villages. In the wake of decisive tank battles led by General Patton that devastated the larger city, Plomb would face its own pitted gun fights and standoffs, before its final liberation on July 31st, 1945.

The chateau, fitted to burn prior by German forces as Allied troops approached, was the site of intense exchange. It is here that American soldier Lester Newkofsky, memorialized in Plomb’s town center, lost his life. Michel, of the Rametiere, writes on August 7th, 1945:  "Long live the Americans, long live De Gaulle, Leclerc, long live, long live, long live, the victory."

In the early 2000’s, the chateau was purchased by Christine Buyse of Flemish decent, who transformed the manor into a chambres d’hotes and used the expansive fields to house a horse breeding program. The chateau hosted international guests and gained the reputation as a destination amongst the many within the region.

Today, the estate is owned by the Richardson and Davenport families, American agricultural and food professionals, who wish to continue opening their doors to guests at the chateau to experience the wonders only available in France. Celebrating its history and its rich potential, the chateau and its grounds have been granted a renaissance through thoughtful renovation and expert craftsmanship.

This website is edited by Château La Rametière , 2, La Rametière, Plomb, 50870, Le Parc, Manche, France. Tax / VAT number: FR48 898 413 430. We use cookies to ensure you have the best experience and any personal data shared during your visit is protected by our privacy policy